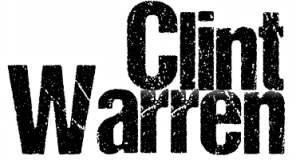 Imagine if David Bowie sang for UB40 – that’s how most music critics describe Clint Warren’s voice, along with guitar influences of Carlos Santana and Peter Tosh. Clint recently became one of the most downloaded Reggae artists in the world being certified Platinum by the RIAA in the fourth quarter of 2022. His EP entitled “Pacific Coast Reggae” landed on the U.S. iTunes Reggae charts at position #6 in October of 2022 and remained there for two months. In December the EP moved into the top 5 and remained there for over 1 week peaking at #2. That same month Grammy-U mentor, Oliver Sean, nominated Clint Warren’s EP for a Grammy in the Reggae EP category for the 66th Annual Grammy Awards where Clint will be competing against Reggae giants Bob Marley, SOJA, Stick Figure, and Tribal Seeds.

No comments to show.